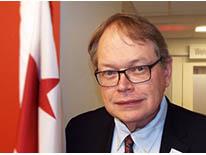 Prior to moving to Washington, Husband was in private practice in the US Virgin Islands where he established himself as a skilled attorney successfully handling litigation, appeals, and commercial transactions.

Husband clerked for the US District Courts in Louisiana following graduation from Tulane University School of Law. Husband received an undergraduate degree in business from Mississippi State University.