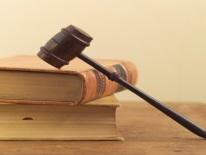 The EMS Act of 2008 laid the necessary legislative foundation to improve EMS services in the District of Columbia.

The Department of Health will issue policies that help guide oversight of EMS services in the District. Policies can be procedural in nature or can be used to help clarify the regulations. The policies have been issued since the passage of the EMS Act. With the publishing of the new EMS regulations, a review of the existing EMS policies will be conducted. The existing policies will be updated or revoked to bring them in alignment with the new EMS regulations. Use the following link to view the EMS Policies.

The Department of Health will issue guidebooks that are intended to help agencies and individuals understand the various EMS services in the District. Use the following link to view the EMS handbooks.

The Department of Health will issue forms that help with the processing of various EMS services in the district. The forms are used to comply with the mandates of the regulations and policies issued by the Department of Health. The EMS Forms issued by the Department of Health will have a form number located in the lower left corner. This number corresponds to the policy that governs the form’s usage. If multiple forms are released under a single policy, they will have a letter suffix to aid in its identification. Like the EMS policies, the current EMS forms will undergo a review to bring them in alignment with the new regulations. The updates will be added here. Use the following link to view the EMS forms.